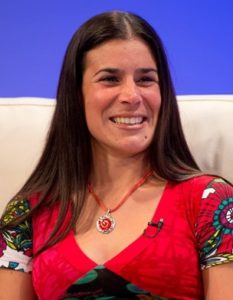 Danica Bonello Spiteri has been an active sportsperson from a very young age competing in athletics, cycling, martial arts, dance sport and cycling. In the last decade she has established herself in the sport of triathlon were she holds various national titles and international awards. She has also been decorated as Sportswoman of the year, winner of the SportMalta Award, Sportsmanship Award as well as numerous Maltese Olympic Committee Sports Awards.

In 2018 she furthered her specialisation through the Running School® (UK) to become a fully certified running technique specialist. This specialised method uses individualised running video analysis of the athlete and then works towards improving the running movements, helping resolve both short and long term injuries.

She is also a lecturer at the University of Malta. Danica has been involved as a sports doctor in major sporting events such as the London 2012 Olympic and Paralympic Games, Glasgow Commonwealth Games 2014, The Tour de France Grand Depart in Leeds 2014 and the Small Nations Games in Cyprus 2009. She is also Sports Medicine Consultant to England Football.