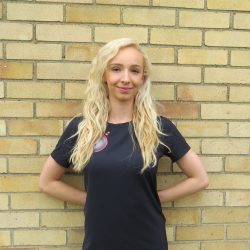 Her sporting background is in rhythmic gymnastics which she did from the age of 5 until 16 when she had to stop competing due to a back injury. She now applies her rehabilitation knowledge to her own injuries and back pain which has improved significantly since following the methodology used at the Movement and Running School. She has also been involved in pole vaulting and runs 5-10km. She has previously worked with Harlequin's rugby team and as a therapist in a private clinic.