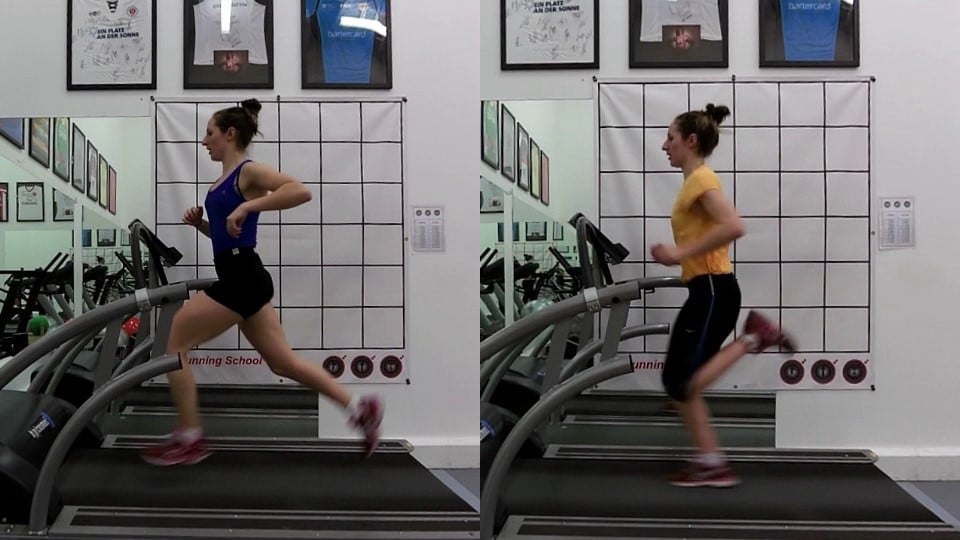 I was first introduced to the Running School when attending the therapy expo as a Physiotherapist in November 2016. Myself and my colleague went to see a talk on ‘gait analysis in runners’ delivered by Mike, and were instantly impressed by Mike's knowledge, reasoning and delivery. Whilst attending this talk I had recently turned professional as a triathlete and taken work part time.

As a triathlete running was my weakest element and I knew my poor technique played a part in this. Having been so impressed by Mike and his team at the conference I went to speak to him to discuss the prospect of some sessions to develop my running. Mike was so friendly and easy to talk to and before I knew it a few weeks later I was down at Running School HQ and on the treadmill.

I knew that my running technique was nowhere near perfect but had no idea how bad it was until I saw myself on the slow motion video. Mike pointed out the areas we needed to work on simplistically with no over complications that so many ‘gait analysis specialists’ like to do. Within 15 minutes of being back on the treadmill with some incredibly effective coaching points my running technique had been transformed, and was finally starting to look like an actual runner!

From then on I was back on the treadmill with Mike and his team every few weeks tweaking my technique and working on my speed. Mike also gave me detailed training plans for every week and kept up to date with all my other training, being more than happy to accommodate around my busy schedule.

Every visit to the Running School was a pleasure and I learnt more and more every time I went.

The team treat every person like a true individual and I was blown away by the knowledge and skill delivered to every person who came through the door.

During my time visiting the centre I met other elite athletes, recreational runners, stroke survivors, MS sufferers to name a few.

The ability for the team to cater to each persons individual needs, no matter what their end goal was second to none.

This also creates a great atmosphere and environment to work and strive in and I was always made to feel welcome and at ease by everyone I met at the Running School.

There were a few hiccups along my journey to fast running (breaking my foot during a race, which admittedly Mike had told me not to compete in because of the risk of injury).

During this time the team continued to stand by me as an athlete and it was then I got to experience the rehabilitation side of the Running School.

I hobbled in wearing a moonboot and two hours later left walking, albeit slowly, but correctly in a pair of trainers.

This was something that as a physiotherapist even I was astounded by!

My rehabilitation continued from here with some careful planning and monitoring by Mike, he had me back running, and running fast again in no time at all, something that I am so grateful for.

Overall my experience working with Mike and his team at the Running School has been exceptional.

Mike went above and beyond anything I ever expected after I initially met him, and worked tirelessly to support me and help me to achieve my goals.

Their delivery at the running school is professional, holistic and individual to each persons need, without ever over complicating the intervention.

I would recommend the Running and Movement School to anyone, not just looking to run faster, but run injury free, move better in a team game, rehabilitation post surgery, or for people with neurological disease.

I cannot rate them highly enough.