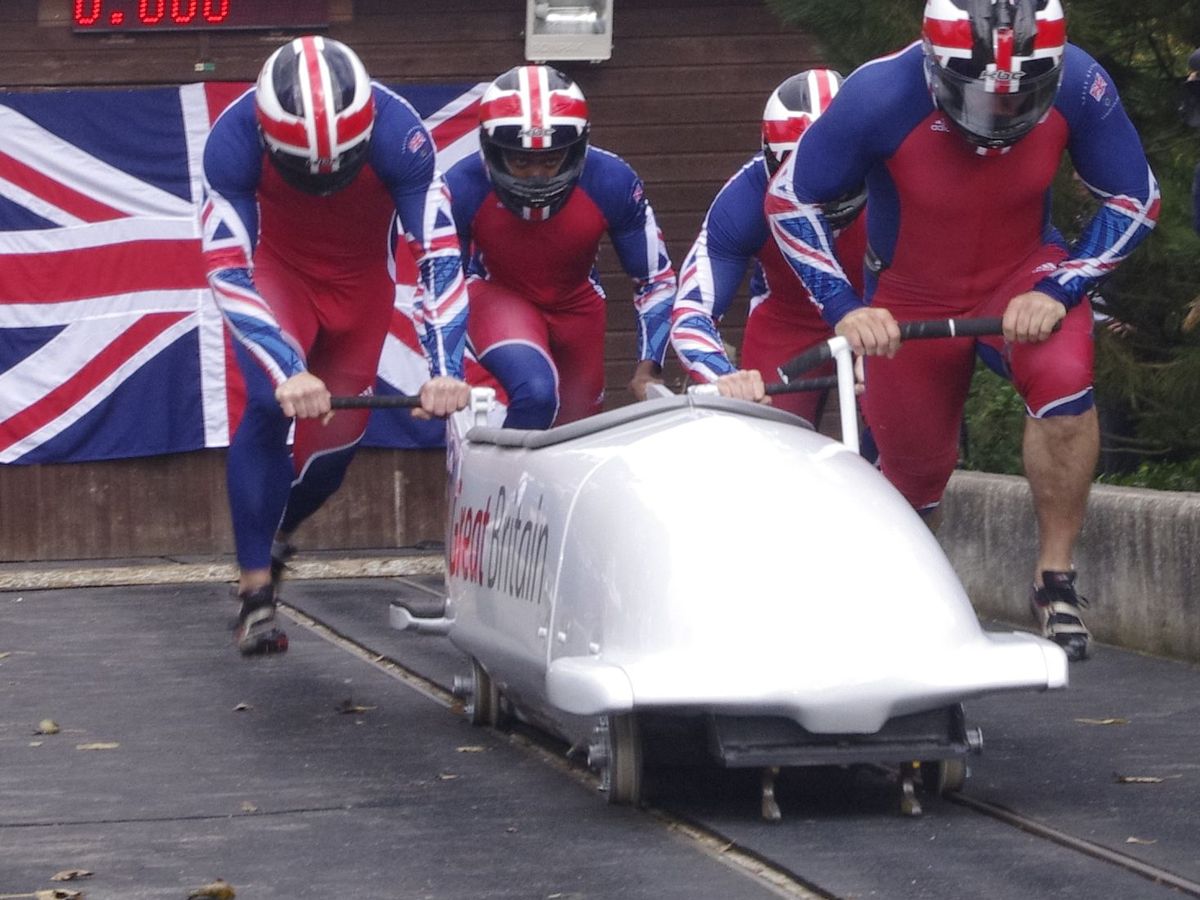 Henry Nwume represented Team GB in the four-man bobsleigh at the Vancouver 2010 Olympic Winter Games. He’s been back in our speed centre lately. Here is his story about his experience at The Running School:

“I’d first come to The Running School before the Vancouver Olympics when I’d significantly improved my speed working with Mike. After a two and a half year break I’d come back to bobsleigh but despite a lot of hard work, I had done badly in our push testing and was about to be cut from the squad. It seemed age and injuries had caught up with me. Time was running out and I could tell that my coaches and team mates wondered if I still had what it took. I’ve been in and around sport for a long time, first in rugby and then bobsleigh, and have had my fair share of injuries and was starting to think that perhaps this just wasn’t possible. But I went back over my own training diaries, and saw the improvements I’d made before with Mike and I gave The Running School a ring.

From the first time I got on the treadmill Mike was able to see what was wrong: where old injuries and poor form had taken their toll. Straight away the training he prescribed started to make a difference and by the second session I could feel the improvement. Where perhaps other coaches could only see my age (36) Mike was able to see past that and see how I could get faster and perform. With each session on the treadmill there was an improvement physically and also mentally, as I started to believe in myself again. After 4 sessions I went back to a squad testing session and improved my PB in one of the tests by 2 tenths. After two more weeks I went to our selection day and leapfrogged two other athletes to make the cut.”

Our selection tests are still not over and I’m not sure how much longer I have left in the programme, but what I can say is when it felt like everyone else had run out of ideas and given up on me, perhaps including myself, Mike understood what was needed and was able to help me to run fast again”