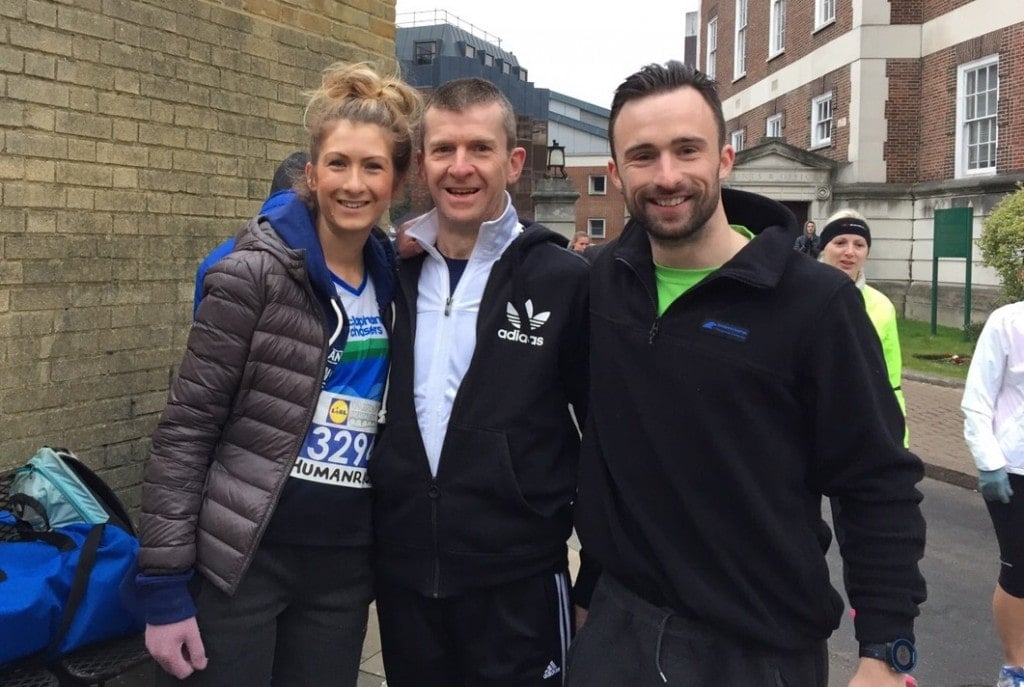 We Are Runners – Guest Blog

The We Are Runners team is made up of Ellie and Paul, who are about to leave for a huge 6,500km cycle across Europe in search of the best places run on the continent (as well as planning a few marathons themselves!).

BACK TO SCHOOL – RUNNING SCHOOL

Article written by Paul Lacey from We Are Runners
“Running is easy right? We all know how to do it. And after several years of running at club level, you’d think I would have mastered it wouldn’t you? Wrong.

As Nick from The Running School said, “most people can run, but not everyone runs well”. My form, it turns out, has a lot of room for improvement. I first heard about the Running School through a colleague who recommended them highly. I had heard of ‘running form coaches’ several times but had dismissed them as “only for people who couldn’t run properly” or had poor form, and I most certainly wasn’t one of them – I forefoot strike and everything! But after being out for almost four months with a slow to mend Achilles injury, I decided to take a look at my form and address the weakness I knew existed (and had ignored) in my glutes and hamstrings.

I decided it was time to drop the ego, and seek help. Enter Nick, from the Running School. The Running Schools are located around the country; the branch I went to was in the City of London. As I entered, the room I walked into wasn’t large but it looked like Willy Wonka’s Factory of running rehab kit: lab grade treadmills, an anti-gravity treadmill, various colored and numbered mats on the floor and every type of foam roller imaginable. Nick came over and introduced himself and made it very clear that the analysis was nothing to worry about and was actually going to be quite enjoyable. The session was going to be simple: on a treadmill in front of a white grid backdrop, Nick was going to film me walk for a few minutes; then in turn film me running at a jog, half marathon pace and 5k pace, for roughly a minute each. Despite my eagerness to finally address my form, it suddenly dawned on me that the era of “working on my form” consisting of simply making sure I looked good as a passed shop front windows, was over. Under the brutally honest illumination of slow-motion technology, my form was about to undergo a thorough dissection.

“Ok, we’re going to bring you down to a walk and then stop you. Time to have a look at the results”.

But I hadn’t done the 5k speed yet?! “Is it that bad?” I replied, “Oh no, I’ve just seen everything I need to”. This sounded ominous.

Twenty fascinating minutes later and I felt like my running world suddenly made sense. Not only the Achilles injury made sense, but so did many more habitual aches and niggles that I get. And pretty much all of it relates to weakness in my posterior chain – especially a lack of glute activation and over reliance on quads and calves. A classic example of someone who sits down in an office all day! Work always get in the way of running. I had suspected this so it was very reassuring to see it in front of my eyes on the screen, while having it explained to me. My two main issues were:

Overstriding:
My feet should be landing under my hips, not ahead of them (see pic above – side view). My lack of glute activation and strength, which is used to drive the leg back (and so drive me forward), is causing me to compensate by overstriding to use my stronger quads. Overstriding almost certainly caused my Achilles injury – by overstriding, on impact, all of the force goes straight through my ankle rather than my much stronger upper leg and hip muscles. Overstriding is not only causing me injuries, it is also slowing me down. The over-stride is in itself a break to forward motion and I am neglecting the most powerful muscle group – the glutes. The muscles that ultimately drive us forward. Yes! I can go faster, this is music to my ears!

Stability in the swing phase:
Ever had kick marks on the inside of your leg at the end of a run? So do I, and these are apparently caused by weakness in my medial glutes (outside glute muscle) and hip flexors. See the pic above (rear view) and you can see my right leg collapsing in slightly as my leg swings though from behind me. Nick asked me if I ever got aches or pains on the outside of my knees, “for years” was my answer.

Now, highlighting form weakness is one thing, fixing it is another. You can’t just magically fix your form. In fact Nick told me that if you over think how your run, you can actually make it worse. It’s not just about glute and hip flexor strength either – I need to train my brain to activate these muscles after years of under-using them. This will be a process of gradual improvement rather than a quick fix, as with anything that is worthwhile.

Catch up next week when I return for my first session to start improving my form. In the meantime, I have a couple of exercises to do: single leg squats and, wait for it…brushing my teeth on one leg. Yep you read it right. Try it – it’s great for activating your leg stabilising medial glutes!

Check out what else We Are Runners have been up to on their blog here: http://www.wearerunners.uk/